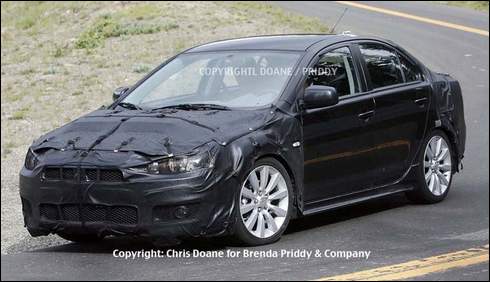 Take a look on spy shot of new 2008 Mitsubishi Lancer. The Lancer will ride on the Dodge Caliber/Jeep Compass/Patriot platform and will debut in late 2007 or early in 2008 as a 2009 model. The Ralliart is up after that and will feature a turbo motor and all-wheel drive. Finally, in late ’07 or early ’08, the EVO X will crash the party with a 300-horsepower turbocharged four-cylinder.