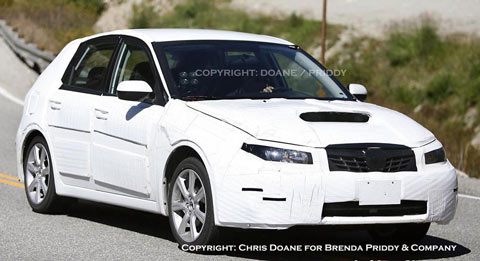 Spy shooters caught a masking 2008 Subaru WRX in testing on public roads in California. These spy shots show an actual Subaru WRX prototype. The new Subaru hatchback is expected to take some inspiration from the Subaru B5 concept. As for power, insiders are anticipating a big update to the 2.5-liter H4 turbo, with an output of around 330-hp. 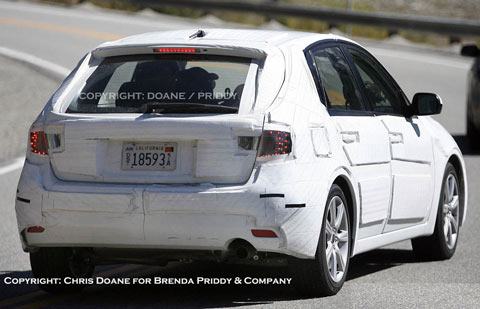