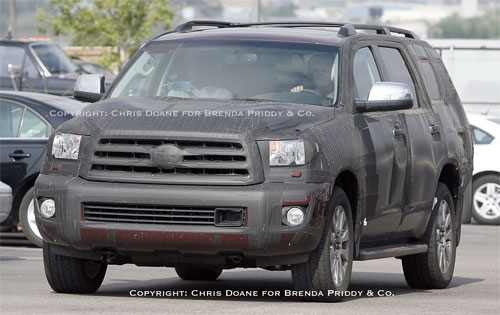 Photohunters caught the 2008 Toyota Sequoia in testing on public roads. The test mule get heavily camouflage, but we can see most noteworthy is the switch to an independent rear suspension, which replaces the solid live axle setup in the current Sequoia.

An independent suspension offers the promise of a better ride, plus improved interior packaging, which translates to a more usable third-row seat for both passengers and cargo. Previous spy video indicates the rear seat is a power-folding 60/40-split bench.
On the SUV’s front bumper you can see sensor for adaptive cruise control.

The new Sequoia is expected to get both 4.7-liter and 5.7-liter V8s and either five- or six-speed automatic transmissions. 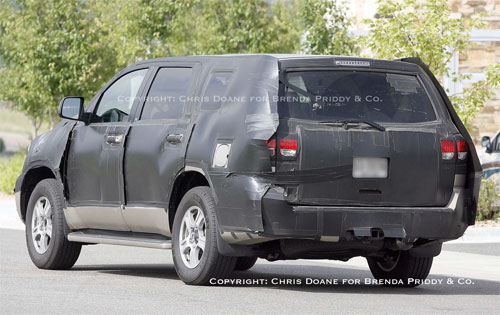