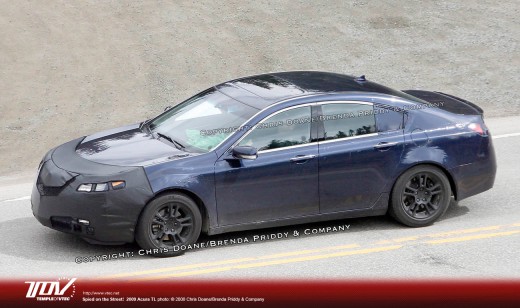 Look at spy shots of the 2009 Acura TL. Spy shooters snagged this lightly camouflaged Acura TL out testing. Up front, the grille is covered, but the basic shape looks very much like the buck-tooth treatment given to the RL and TSX. The front wheel arches bulge out like the TSX to give the TL a more aggressive stance, and the concave line stretching from the A-pillar to the tail lights has been replaced by a muscular character line expanding from the front arch, helping to further accentuate the sedan’s stance. Out back, a prominent V shape at the bumper and spoiler gives the TL a little more style, while the tail lights wrap to show off the TL’s angles. 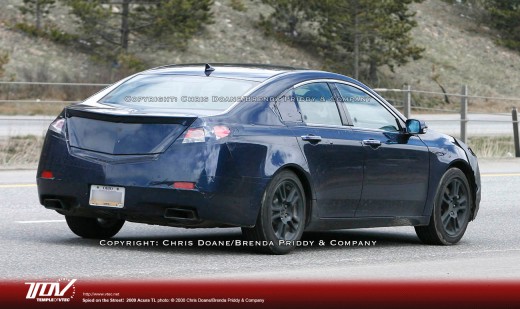