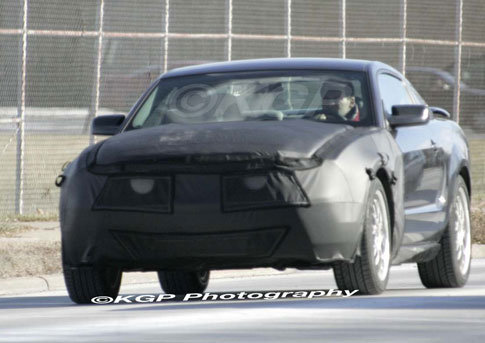 Ford has begun testing prototypes for its 2009 Mustang, which was caught on public roads. The Giugiaro Mustang concept that debuted at the LA Auto Show, there are some definite similairities between the front-clips of these two cars. The hoodline on this prototype shares the graceful arc of the Italian-inspired show car, and a similar wheel arch appears to reside beneath the camouflage. A sharp, angled character line also appears to be visible on the prototype’s front bumper, and its angle and placement matches the Giugiaro concept’s nose detail exactly.