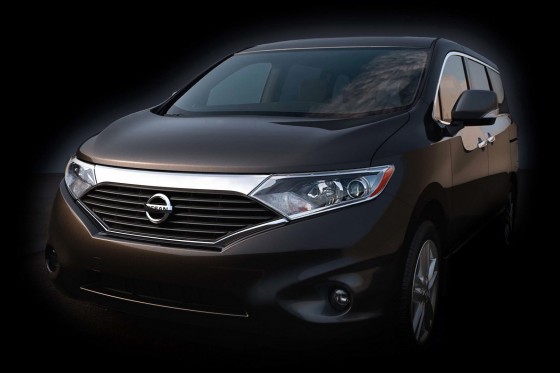 The first photos of the next generation Quest minivan were published today by Nissan. The Nissan’s full-size people carrier will make its world debut at the upcoming 2010 Los Angeles Auto Show.

Nissan is still keeping details on the new Quest minivan under wraps, but it is believed that the 2011 Nissan Quest with sliding rear-doors will be powered by Nissan’s venerable 3.7-liter V6 engine.

Scheduled to go on sale in the U.S. in early 2011, the new 2011 Nissan Quest will compete with the redesigned for the 2011 model year Toyota Sienna and Honda Odyssey minivans.