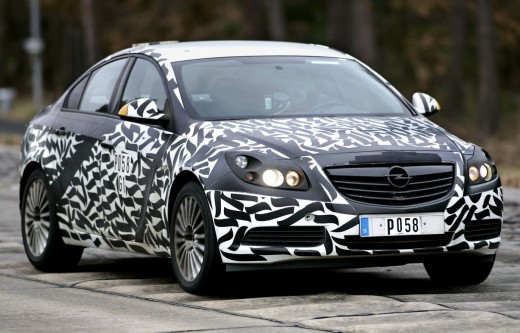 Meet the Opel’s upcoming Insignia sedan with camo. The 2009 Opel Insignia will replace the current Vectra sedan in Europe, and the Saturn Aura in the United States. The spy photo give us a clearer view of the mid-size sedan’s exterior styling which is heavily inspired from the 2007 GTC Concept. The Insignia which is based on GM’s Epsilon-2 platform. Opel plans to unveil a sport edition of the Insignia bearing the OPC logo that will be powered by an updated version of the current Vectra OPC’s 2.8-liter twin-turbocharged V6 engine delivering approximately 300 HP. The Insignia OPC will get a four-wheel-drive system.