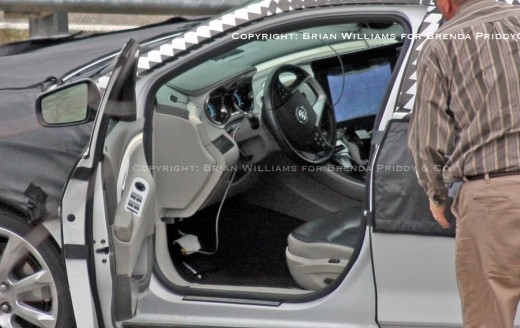 The Buick LaCrosse in camo was caught on public roads. The next-gen LaCrosse shares its Epsilon II (the Malibu is an extended Epsilon, not Epsilon II) underpinnings with the critically acclaimed Chevy Malibu, the interior will be very similar as well. Close inspection of the pics shows some similar dash characteristics between the two models, though the ‘Bu is all about the curves while the Buick is more strait-laced. Seats in the preproduction LaCrosse are two-toned much like that of the up-level Malibu, but the two appear to have a different basic shape. 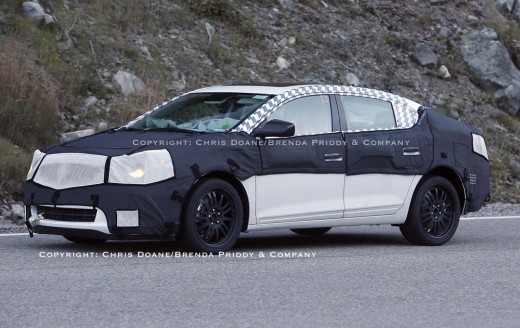