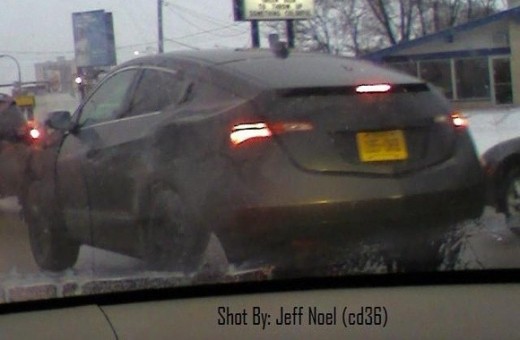 Unfortunately, Acura hasn’t given any indication that this vehicle even exists. it’s wearing all the contemporary Acura styling cues and the N??rburgring pics clearly showed the shield grille through the camouflage. There’s not a lot of information going around in regards of the crossover’s hardware, but expect to see Acura’s Super Handling All-Wheel Drive system making its appearance on the vehicle.

This test mule was snapped while it was conducting cold weather testing in Manitoba, Canada. Judging by the reduced amount of camouflage on this unit, it’s probably getting close to a public launch.