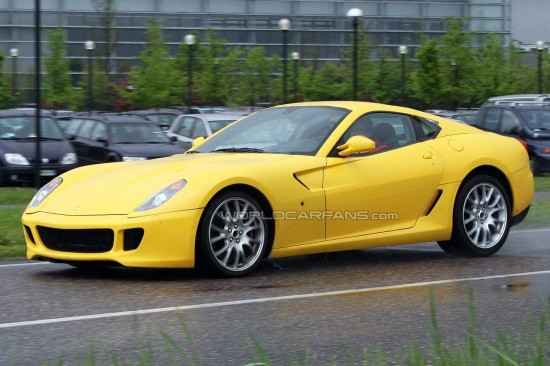 Today we catch a fresh spy photo of upcoming Ferarri 599. Ferrari unveiled the 599XX concept at the last Geneva Auto Show in March. As you see, the car did not have the big spoilers and wings like the 599XX concept but we can see the modified exhaust pipes positioned similarly to the 599XX concept.

The Ferarri’s 599XX concept was created as a high-performance track car. It weighs less than the stock car and its aerodynamics have been improved to create plenty of downforce for better handling.

Improvements were also made to the engine by revamping combustion chambers, air flow systems and using lightweight components. In the end the 599XX attained a power figure of 700hp (515kW).