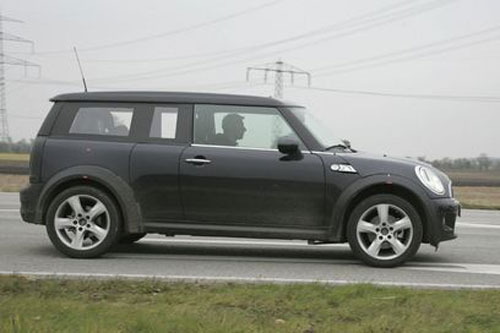 Spy shooters caught the new MINI’s pseudo-SUV undergoing testing. Meet MINI Monte, which will arrives in showrooms sometime in 2009. While we’re equally perplexed by both the notion of a biggie-sized MINI and the name ‘Monte’, at least the latter rolls off the tongue nicely.

The shots show what is essentially a stretched Clubman with a slightly jacked-up ride height, but the added length won’t include the addition of another set of doors. The Monte will be equipped by a variety of gasoline- and diesel-powered engines, ranging from 1.4- to 1.6-liters.