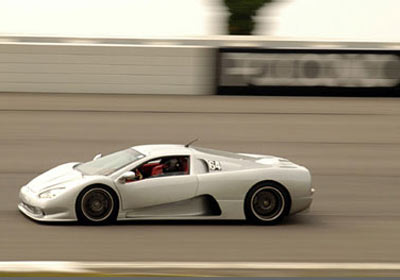 Forbes recently searched high and low for the ten fastest American cars to grace the planet Earth. At the top is the SSC Ultimate Aero (shown), with a trim V8 (no, that isn???t a typo) that produces a stunning 1,046 horsepower and a maximum speed of 260-273 mph. We???ll get our fill of the Aero soon as the car is being featured in upcoming issues of The Robb Report, Motor Trend and Road & Track. Also gracing the list is the Saleen S7 Twin Turbo that tops out at 240-260 mph, the Ford GT at 205 mph and the Chevrolet Corvette Z06 with a top speed of 198 mph. Of special interest were the Chrysler 300, Dodge Charger and Magnum SRT8s, which tied for ninth place, and the Caddy CTS-V in 10th, which are arguably the only cars on that list you would actually want to drive year-round. 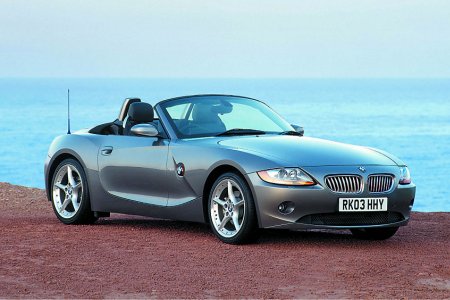 BMW confirmed that the production version of the Z4 Coupe unveiled earlier this fall at the Frankfurt Auto Show will begin arriving at U.S. dealerships by next June and that it will be joined by an all-new, high-performance M Coupe.

The Z4 Coupe and the M Coupe will be built at the company’s plant in Spartanburg, South Carolina. The cars are expected to be marketed as 2007 models.

The standard Z4 Coupe will be powered by a DOHC 3.0-liter in-line six-cylinder rated at 255 horsepower. The M Coupe will kick things up a notch with the 333-hp 3.2-liter unit from the M3. BMW expects to offer buyers a choice of six-speed manual and automatic gearboxes.

The M Roadster will be unveiled to U.S. customers in January at the North American International Auto Show in Detroit, but the M Coupe isn’t expected to break cover until the Geneva show in early March.

Chery, China’s largest automaker was set to arrive in the United States by the 2007 model year. With the help of Malcolm Bricklin’s Visionary Vehicles, the company projected that it was to sell 250,000 new cars in 2007 alone.

Chery has just announced that their plans to take over the US will be delayed for a few months amidst concerns that it might have more difficulties convincing Americans to buy their product. Bricklin argues that the when the Japanese arrived, no one thought that they were going to stick around. At the time, the only advantages to the Japanese cars were that they were cheaper to buy and that they consumed less fuel. Chery cars will offer similar luxury and refinement as BMWs and Lexus but cost 30 to 40% less. The US is the World’s largest market with 17 million new cars sales out of 70 million worldwide.

In China, where GM is also flourishing, Chery’s share of the market has grown from 3-4% to 6-7% in only a year. At the moment, only 10% of Chery cars are exported. There are plans in the near future to open plants in Europe, the Middle East and South America.

Toyota is quickly beginning to leverage the majority block of shares it holds in Subaru parent company, Fuji Heavy Industries.

A Japanese newspaper is reporting that a Fuji Heavy production plant in Indiana will be tapped to produce 100,000 Toyota vehicles beginning in 2007. Toyota???s pres Katsuaki Watanabe and Fuji Heavy pres Kyoji Takenaka will meet in early December for the first time to iron out the arrangement.

The relationship between these two companies, however, is a two-way street. Toyota, for its part, will be supplying Fuji Heavy with hybrid systems and help train the acquired company???s engineers in the art of hybrid technology. Toyota may even absorb a few Fuji Heavy engineers in its hybrid program, perhaps to further develop Subaru???s turbo parallel hybrid system that marries a thin 10-kW electric motor with the company???s 2.0L turbo-four. 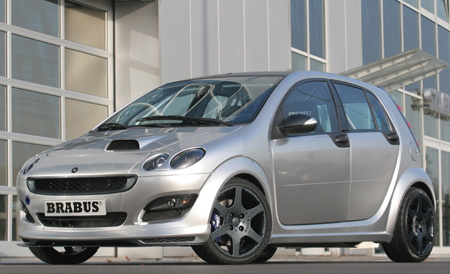 As you all know, yesterday was Thanksgiving, but as you also know, DaimlerChrysler never sleeps. While I was feasting on grossly over-portioned amounts of turkey and stuffing, DaimlerChrysler was hard at work releasing details of a Brabus concept car, designed to show the true potential of the smart forfour.

The Brabus smart car features, among other things, a 210 horsepower engine capable of producing speeds in upwards of 146 mph, a new differential lock for the transmission, and a racing brake system that completely fills the car’s 17 inch rims.