It is an exciting time in the car market. The advances in technology and the modes in production mean that we are getting treated to some superb cars, both high-end and budget. Below are some of the most hotly anticipated cars that will be released next year. 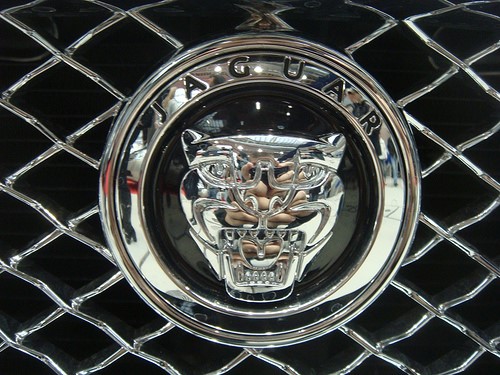 As any sports fan worth his or her dust will know, it’s been a pretty eventful few months in the world of motor sports. Not only have we had the inaugural Russian Grand Prix to digest, the sad ongoing news regarding Jules Bianchi to take in and the ever-changing look of the F1 Drivers’ Championship leader board to comprehend, but we’ve also had all of the news from the recent Paris Motor Show to take note of.

Perhaps the most exciting announcement from the Paris Motor Show was Jaguar Land Rover (JLR) launching two cars, one being the new Land Rover Discovery, the other, the Jaguar XE.

The car is what you’d expect from an executive class. It is sleek, streamlined and stunning. The car itself is made of 70 percent recycled aluminium, and is the most rigid and aerodynamic Jaguar ever released. On the inside it has all the bells and whistles you would expect, such as the InControl, system which allows for DualView.

Due to it being part of the Land Rover family, the Jaguar can borrow heavily from its robust cousin, namely the All Surface Progress Control. This allows the car to be steady and smooth on low-friction surfaces at speeds up to 30 km/h.
Under the hood is a four-cylinder engine capable of reaching 196 mph.

Another that was revealed at the Paris Motor Show, the Volvo XC90 is the Swedish company’s flagship 4×4.
Volvo have always been famed for their innovative advances and their safety features, the XC90 is dripping with both. In regards to advances in safety, the vehicle boasts a run-off road protection package; this tightens seatbelts and activates energy-absorbing technology when the car detects uncomfortable terrain ahead. There is also a new auto-braking feature that comes into effect if another driver unexpectedly pulls in front of the motor. Both these safety features should help Volvo move ever closer to the aim of having nobody seriously injured in their cars by 2020.

Despite it being an SUV it is economical. This is due to their all-new 2.0-litre four-cylinder petrol engine being twinned with an electric motor. Its CO2 emissions are a superb 60g/km, their closest rival in that regard is the Porsche Cayenne S E-Hybrid, at 79g/km.

The interior of this car is sublime. Like most new cars it features a touch-screen system that takes pride of place in the front of the car, doing away with unnecessary and outdated buttons. In fitting with Volvo designs of the past, the car features leather and swathes of wood throughout the cabin. A lot of the interior is hand crafted, making it an enjoyable experience every time you step foot inside the car. 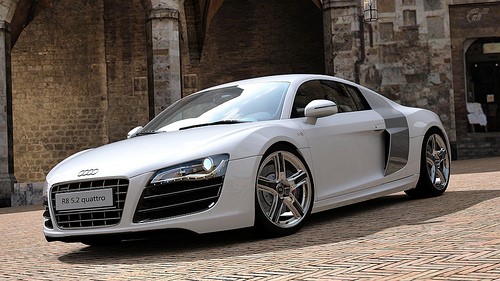 Very little is known about the 2015 edition of the awesome Audi R8. What is for sure is that anyone who enjoys cars will be absolutely ecstatic when it lands.

This latest prototype features the same grille openings and wheels that we see on the current V10 Plus model, but new winglets, air splitters, and other additions to boost the aerodynamics of the model help separate it from the current-gen models. Added to that, this prototype features more elaborate rocker panels on its sides, a large scoop in the hood that is reminiscent of the R8 LMS Ultra GT3 race car, as is a large air diffuser, adjustable wing, and large air channels under each exhaust tip.

The new R8’s chassis will be like that found on Lamborghini’s new Huracan. Like their Italian counterparts they have opted for a mixed-material frame, with carbon fibre being intertwined into the aluminium spaceform. This will lower the overall weight of the car and also reinforce it, making it stiffer. Again like the Huracan, the R8 will not be coming with a manual gearbox; instead it will be fitted with a seven-speed twin-clutch. It will however be longer and wider than the Lambo, giving for heightened comfort and stability.

Described as a supermini, the Mazda 2 is hugely important for the Japanese company. They are yet to get a solid footing in the European market but are hoping that this model will be the game changer.

The car is fitted with the SKYACTIV technology. This piece of kit improves the chassis, powertrains, suspension and body. SKYACTIV also allows for the active Blind Spot Monitoring (BSM) safety system.

Not only is it more fuel efficient that its predecessor but it far more attractive. There’s a new trim inside and it no longer looks cheap. 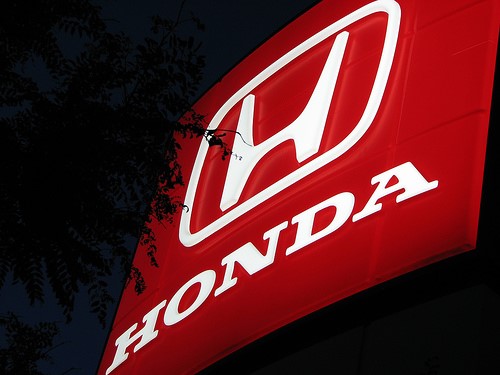 We have seen leaked images of the Honda Jazz after photos from a Japanese brochure were uploaded to an Indian website. Although we have seen it, we still don’t know all too much about it.

Honda has stated that the Jazz will move away from the supermini category as they look to add more interior space. This model, they say, will have 65mm more legroom than before, and kudos to the Japanese company, from the leaked images the interior looks brilliant. Despite being a low-model car they have installed a touch-screen operating system, de-cluttering the dash in the process. The gear-stick and the speedometer are very aesthetically pleasing. On the inside, this is one attractive car.

It is widely believed that the Jazz will have a similar engine to the current Jazz, which comes with fuel-efficient 1.2 and 1.4-litre petrols, as well as upgrading the current Jazz Hybrid engine.

What is really exciting is the prospect of a diesel Jazz. Honda has never before offered one but they could this time about. The Civic has a 1.6-litre diesel so they may want to trial this in the Jazz.

Whilst the cars handling has been reported to supposedly rival that of the Ford Fiesta. 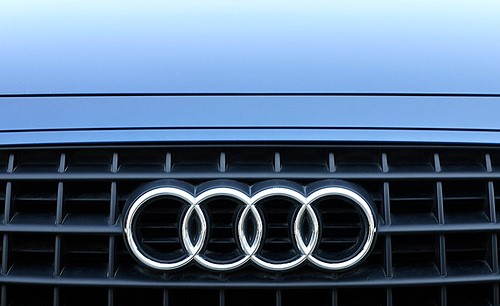 Audi’s main focus is to make the new A4 lighter and more efficient. Not only is the new model more efficient that the current A4, it is also a better driver’s car. It is no secret that the BMW 3 Series currently leads the compact-executive market for enjoyment, but the upcoming Audi has a chance to take their German rivals crown. They fancy their chances of usurping the 3 Series as the best-handling car due to a crash diet – the car will be 100kg lighter than the current car.

The design of the car has borrowed from the iconic Audi TT, the front-end of both are near identical. There’s also a nice new grille, smaller headlights and the infamous four-ring badge will go on the bonnet rather than the grill.
Expect to see petrol, diesel and hybrid models released by the Bavarian company.

It must have been a lot of fun for the boffins at Toyota to come up with the FT-1 concept car. Frankly, it is a piece of art.

In all likeliness it seems that the FT-1 will signal the end of the Supra although there is no official statement from Toyota as of yet.

The interior is everything you would come to expect with a high performance car built for speed; i.e. there’s nothing there. The basic two-seat car sacrifices a lot in order to make it as light as possible. It really doesn’t take a genius to realize that the lighter a car is the faster it will go.

Literally nothing is known about this car. We know what it looks like but we have no idea of the specifications. All we do know is that it is going to operate with a front-engine and rear-wheel drive, and it certainly won’t be a hybrid. 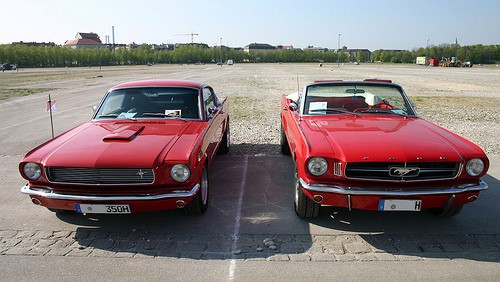 Petrol heads will be salivating at the thought of getting behind the wheel of the sixth-generation Ford Mustang. The ultimate muscle car will also be available in the UK in right-hand drive, hallelujah! The basic edition – basic is being used very loosely – will be a 304bhp, 2.3-litre four-cylinder beast. The top of the range will be a thirsty 5-litre V8 that packs 420bhp, offering an adrenaline thrill-ride like no other.

Reviews from people that have test-driven the car say that the chassis is one of the best that Ford have ever produced. Surprisingly, the reviews have stated that the handling is second-to-none, the only time it is a little sketchy is when going over some of the bigger bumps.

Then there is the sound of this behemoth. Regardless of which model you get it roars, all the way up and down the rev range.
The American company will be offering both coupes and convertibles. You also get to choose between a six-speed manual or automatic gearbox, whilst Ford has also included multi-link suspension.

The Mustang is the epitome of what makes America great. It is big, brash, in your face, but at the same time, it is wonderful and hard not to like.

The Spider has always been one of Alfa Romeo’s most beloved cars. It is the perfect Roadster. Alfa have fiddled around with the roof, changing it to a carbon fibre monocoque construction which they say adds stiffness to chassis. The company claim that this new roof mechanism will add no more than 60kg in weight to the 895kg car.

Beauty may be in the eye of the beholder but how anyone cannot fall in love with this car is unthinkable. First, there is the stunning, signature Alfa red, combined with fantastic curvature, and a sensual grill, this car is smoking hot. There is not a bum note on the car on the outside. Then you open the door and see the work of the fabled design team working to their mercurial best. Opting for the red interior is certainly the way to go, it offers such a good contrast to the black.

Now many people don’t like spiders but it can be agreed that nobody would have a problem touching this one. Anyway, enough of talking about how pretty this car is, let us get down to details. The 1.75-litre four-cylinder turbocharged engine should see you reach 62mph in 4.5 second, while the car itself tops out at 155mph.

It looks good, runs good and sounds good, seriously, what isn’t there to like?

The car world is secretive at the best of times. Nobody wants their work to get out before they are ready for the world to see it, and because of this secrecy there are probably loads of unreal cars waiting for release that we don’t even know about.

The Rise and Fall of SAAB