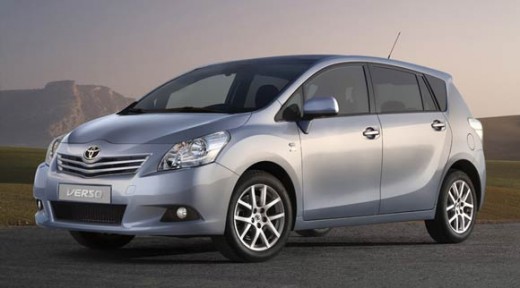 Toyota has realesed first official photos of its new Toyota Verso. The all-new Verso will be unveiled at the Geneva Motor Show next week.

The Toyota claims that the latest iteration of its MPV offers more space, comfort and practicality, and will benefit from the latest occupant and pedestrian safety features.

The Verso will be launched in the spring with new 1.6 and 1.8 Valvematic petrol engines that will have increases in power of up to 20%, while also improving fuel economy and CO2 emissions by up to 12%, compared to the current model. These will be mated with a new six-speed manual transmission as standard, with the option of Toyota’s new Multidrive S continuously variable transmission on the 1.8 unit.

A revised version of the 2.0-litre D-4D diesel will also be available, with a 2.2 D-CAT 150 engine with new six-speed automatic transmission due to join the line-up later in the year.

Toyota also hopes that the new Verso will follow the Avensis and iQ by achieving a five-star rating in the new Euro NCAP crash test regime.