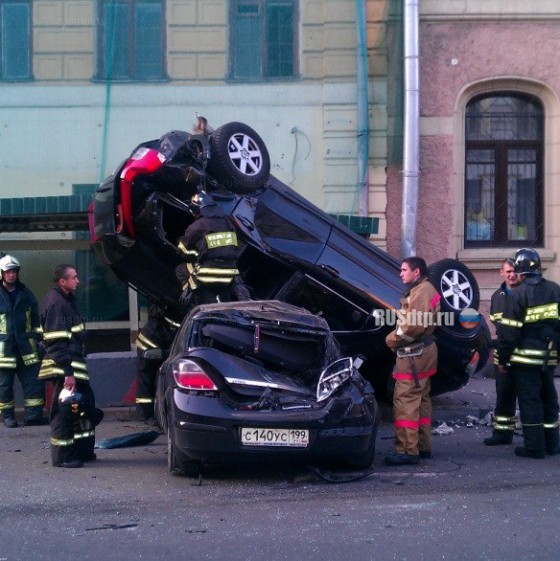 Crazy, crazy russians. The shocking crash test was caught on film by a pair of security cameras im Moscow. The GT-R driver was either street racing with another car or simply trying out the full potential of his high-performance sports coupe on the streets of Moscow. He failed to steer left after passing a black car from the right and ended up crashing into three parked vehicles.

The force of the impact was so severe that the parked cars were literally thrown into the air as if they toys.