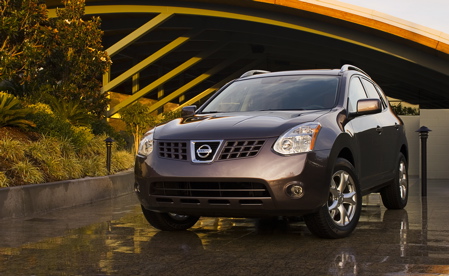 Nissan has announced that it will offer the new SUV at a starting price under $20,000 base MSRP. The new Nissan’s small CUV, called Rogue, will arrive to Nissan dealerships at the beginning of September. 2008 Nissan Rogue equipped with a 2.5-liter inline-four and continuously variable transmission as standard. Based on the Sentra platform, the Rogue is a few inches longer than both the Toyota and Honda, but offers less interior room.