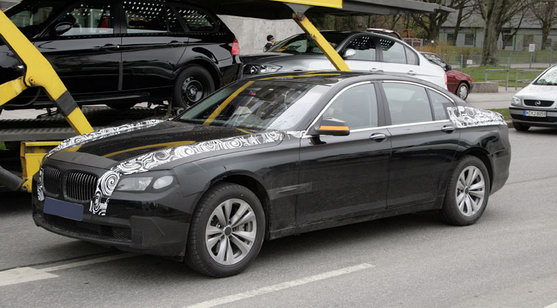 Look at hte image above. Its a BMW 7-Series test mule, which was caught on road testing. 2009 BMW 7-Series mule was captured with minor camouflage thus giving us a preview of their new top-of-the-range luxury sedan.

Despite the camo, it is evident that BMW’s design team went for a more elegant and slightly sport styling with the new 7. Better styling aside, the 2009 7-Series is also expected to go through an extensive diet and along with the new engine line-up that will include BMW’s 306Hp 3.0-liter Turbocharged straight-six and the 408Hp 4.4-liter V8 Turbo, it will also feature significantly improved fuel consumption figures.