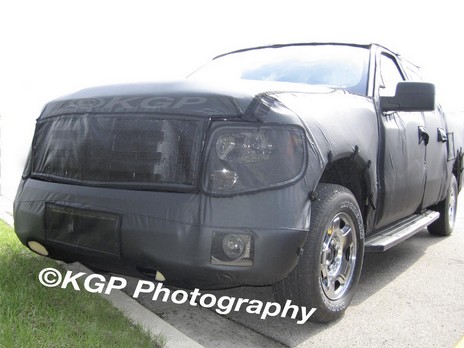 The next-generation of F-150 was caught on the streets. The 2009 Ford’s track appears to be going at full-throttle, as spies spotted three distinct prototypes on the move ??” standard short-cab, extended-cab, and four-door crew-cab.

Ford is obviously eager to get these pickups to market, to battle the new Toyota Tundra and the redesigned trucks from GM. Just how quick they can be in showrooms is the big question. The 2009 Ford F-150 take an official bow at Detroit’s North American International Auto show, next January.