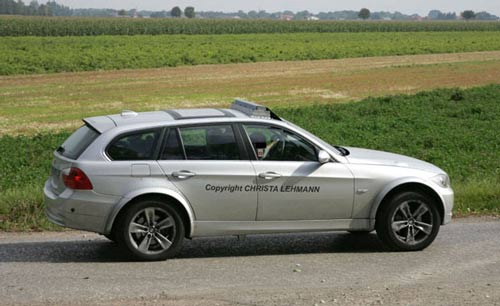 Christa Lehmann has a few shots of an early X4 prototype, which should slot in between the X3 and X5. The BMW’s test mule seen here appears to make liberal use of 3-series wagon bits, albeit on a longer and wider scale. That said, it seems likely that the running gear will be shared with the X3, and while styling is likely far from finalized, and an X6-like coupe profile seems likely (which explains the renderings seen to the right and in the high-res gallery below).