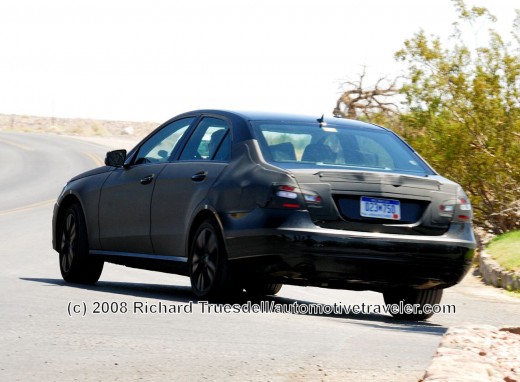 Its a spy shots of the new 2010 Mercedes-Benz E Class, which was caught in the desert. The test mule still a bit of camo on it, but you can clearly see a lot of the new sheetmetal. Previous photos see here. The car is rumored to be making its official debut at the 2009 Frankfurt Motor Show in September 2008.

As you see, it looks like the S-Class wheel arches haven’t made it to the new E, which resembles M-B’s C Class instead. 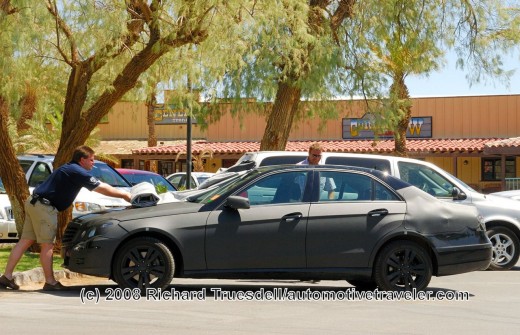 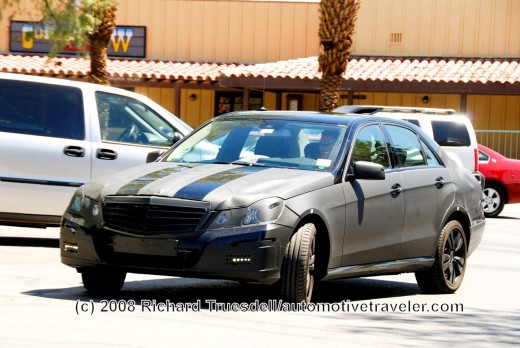