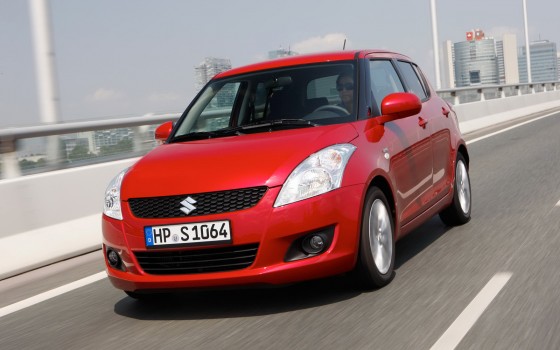 Look at the new photos and specs for both the five-door and the three-door version of the all-new 2011 Suzuki Swift. (spy video was shared 2 weeks ago). The 2011 Swift is based on a new and longer platform, the car’s exterior styling is a subtle evolution of the outgoing model’s design.

In cabin, the new Swift gets restrained metallic accents and a similar styling for the center console that houses new switchgear and LCD displays for the audio system and A/C.

Suzuki will offer the European version of the 2011 Swift with a choice of two engines, a new 1.2-liter petrol that makes 94HP, and a revised 1.3-liter turbo diesel with 75HP.

Both engines are offered with a five-speed manual gearbox, while the petrol unit is also available with an optional four-speed automatic transmission.