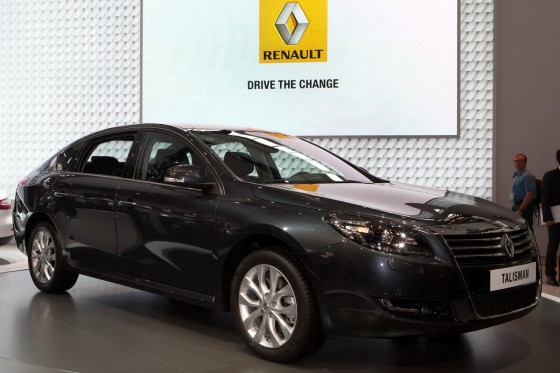 The Renault readu to produce Korean Samsung SM7 as Renault Talisman, a flagship model for Chinese market. The old SM7 with new badge made its world premiere at current 2012 Beijing Auto Show. As you understood, the Renault Talisman is a China-only model and will be produced in Korea alongside the SM7. Renault said it will be exported to China starting in mid-June 2012 with a base price of 318,800 RMB (US$50,400 ).

The 5.0-meter long sedan is offered in China with a choice of two engines, a 2.5-liter V6 producing 187hp and 243Nm, and a 3.5-liter V6 with 254hp and 330Nm. Both engines are equipped with a six-speed automatic transmission with a manual shift function.