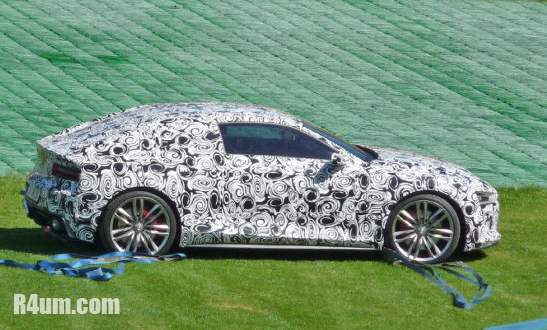 Its a first spy photo of the new Audi prototype in camo. We think this would be the rumored R4 e-tron convertible concept which will be shown at the 2010 Paris motor show later this month.

The Audi Anniversario will come with back seats as option only when in goes into production in 2012 and is extremely lightweight with a target weight of just 1400kg.