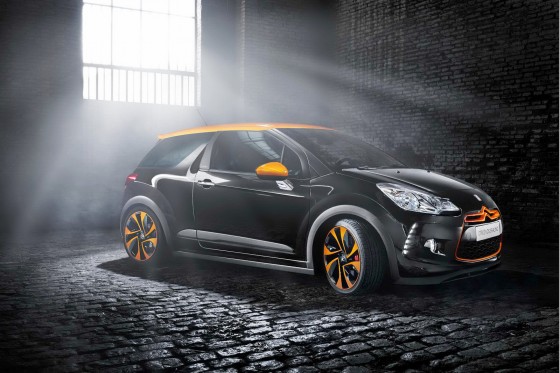 Citroen has released full details on its limited edition DS3 Racing hot hatch. Only 1,000 cars will be produced (200 right-hand drive models announced for the UK). Despite the hefty £23,100 price tag, Citroen UK says it has already received more than 1,500 inquires for the DS3 through its website. UK buyers can place their order from September 1 to start with first deliveries planned for early 2011.

The DS3 Racing has been developed by Citroen’s Racing division. Essentially a pumped up version of the DS3 DSport with the 150HP 1.6 THP, the Racing model features a tweaked engine and chassis as well as a sportier look inside and out.

On the styling front, the Citroen DS3 Racing features a new bodykit with many carbon fibre components such as the rear diffuser, front bumper, side rubbing strips and wheel arch extensions. Inside, there’s a set of body-hugging bucket seats up front and decorative carbon fiber trim.

The Citroen DS3 Racing will be available only in two color schemes, one with an Obsidian Black body and a Sport Orange roof, the other with a Polar White body and a Carbon Grey roof.