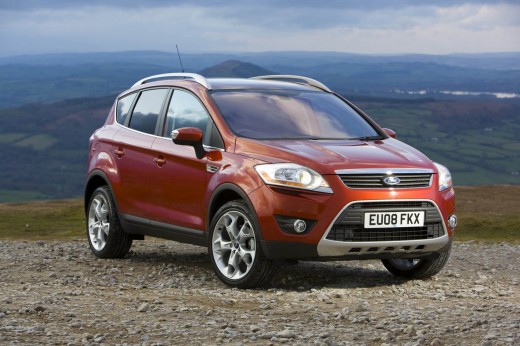 Ford has released a new images of its 2009 Kuga Crossover that was unveiled earlier this year at the Geneva Motor Show. The Kuga is a good choice if you think about compact crossovers in the U.S. market.

In Europe, the Ford Focus (Euro-model) based Kuga will go on sale this summer where it will be initially available with a 136Hp 2.0-liter turbocharged diesel engine that’s good enough to offer an average fuel consumption of 6.3 lt / 100 km or 37.3 MPG to the front-wheel-drive version and 6.4 lt / 100 km or 36.7 MPG to the all-wheel-drive variant. 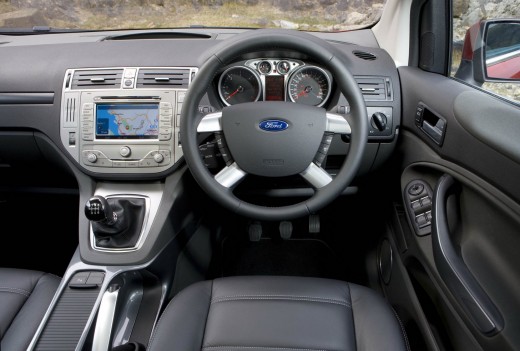 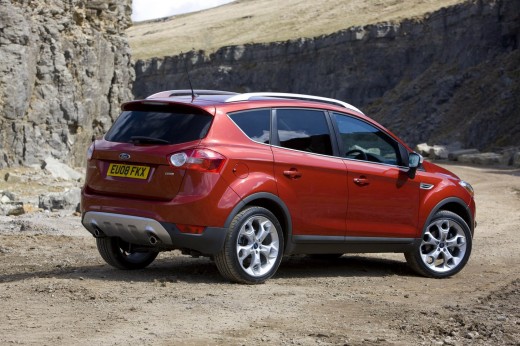 The genesis for Kuga was first seen in the dramatic iosis X Concept vehicle which made its debut at the 2006 Paris Motor Show. John Fleming, the company’s President and CEO confirmed that Ford of Europe would be developing a production vehicle inspired by the iosis X Concept for launch within two years.

At the 2007 Frankfurt Motor Show, Ford demonstrated that this commitment was soon to become reality with a preview of the production model. Signalling its significance as a new direction for Ford of Europe, the new model was given its own name; the Ford Kuga was born and destined to join the Ford of Europe model portfolio during the first half of 2008.

“With the new Ford Kuga we are keeping the promise we made at Paris in 2006, and delivering a highly capable, expressive and charismatic vehicle which will extend the Ford model range further,” said John Fleming. “I firmly believe Kuga will appeal to many loyal Ford customers looking for something a bit different, but will also be capable of repeating the success of S- MAX in bringing new customers to the Ford brand. A distinctive ‘kinetic design’ exterior, Ford’s acclaimed on-road vehicle dynamics and premium-like product quality are just some of the highlights Kuga will bring to this fast-growing market segment.”

The new Ford Kuga is based unashamedly on Ford’s acclaimed C-car architecture well proven in both the Ford Focus and the Ford C-MAX.

“We have an established portfolio to use as a basis and our shared technologies initiative within Ford Motor Company allows us even more possibilities to develop niche vehicles like Kuga,” said Gunnar Herrmann, C-Car Vehicle Line Director, Ford of Europe.

Available with a proven powertrain and two series levels the full-time Haldex intelligent AWD system is complemented by a front-wheel-drive (FWD) version that is perfect for those drivers that are attracted by the style and presence of Kuga but do not require AWD capability. The Ford Kuga is available in a choice of two distinct series levels with further options available that enable the driver to personalise the car exactly to their needs. The standard Electronic Stability Programme ( ESP) with combined Anti Rollover Mitigation (ARM), and ABS with Electronic Brakeforce Distribution (EBD) are just two of the significant driver assistance technologies of the new Kuga.

The stylish and charismatic Kuga is a further demonstration of the exciting new direction Ford of Europe’s products are taking. The fresh and modern styling is the starting point with the substance of the car matching this styling promise. This is delivered by leading driving dynamics, a strong and competent safety pedigree, high quality and craftsmanship and a competitive crossover package. A high seating position, the intelligent AWD option and large stowage volumes make the Kuga a very attractive proposition.

“Kuga’s arrival will raise the bar in the crossover segment,” said Stephen Odell, Ford of Europe’s vice president for Marketing, Sales and Service. “Our ‘kinetic design’ styling has given the car great personality and this gives it tremendous showroom appeal to potential customers.”

A carefully selected palette of ten body colours is available for Kuga. A specially developed and brand new metallic colour Chill is available for both Kuga series options and drive choices. As a reflection of its iosis X Concept roots the production Kuga is available in two shades of white; solid Frozen White and a brand new metallic Electric White. This colour was first seen on the iosis X Concept car and the pre-production Kuga shown at Frankfurt. The Kuga is the first Ford of Europe production model to use Electric White which uses a specialised application method.

The exterior design features of Kuga naturally incorporate a wealth of practicality that provides much more than first meets the eye. The ‘liftgate in liftgate’ tailgate offers maximum flexibility and convenience with separate access via micro switches to either the upper tailgate section only or both sections simultaneously.

The materials chosen for Kuga’s interior also demonstrate the close links to the iosis X Concept. The eye-catching and lavish Kuga interior incorporates fine leathers and gloss finishes on key areas that were first seen on the iosis X Concept car in piano white but now have a choice of shades depending on the series chosen. Colour-matched details of the interior design and integrated trim colours highlight the instrument panel and door trims, creating a complete, unified look of design-led quality and premium sportiness.

Kuga offers comfortable and spacious seating for up to five adults. The second row seating has a 60/40 split and has been designed to fold completely flat to maximise the usefulness of the available load compartment in two-seat mode. Underseat storage is a practical feature beneath the second row with further storage under the floor of the luggage compartment area which is divided into compartments to offer maximum practicality.

The Kuga offers customers two distinct series; Trend and Titanium. These have been developed to provide a clear customer choice of a well-equipped cool and colourful series the Trend and the modern, techno premium-feel Titanium.

Trend and Titanium series offer customers a wide range of equipment, technology and styling options. They also provide a strong platform for further personalisation and items to tailor the car exactly to each customer’s needs. These needs are further-enhanced and satisfied by the provision of dedicated Packs which provide additional protection, transport, stowage, styling and aftersales products.

The Ford Kuga features some technologies first showcased on Ford’s large and luxury segment and more recently seen on the new generation Ford Focus while also bringing new features to the segment and the Ford of Europe portfolio for the first time, such as a ‘liftgate in liftgate’ tailgate.

The Kuga will be made available with a 2.0-litre Duratorq TDCi 136 PS 100kW engine mated to a six-speed manual transmission. Applicable to both FWD and intelligent AWD derivatives the torque, performance and pulling power under all engine and vehicle load conditions have been perfectly calibrated to the new Ford Kuga. This engine provides high levels of torque 320 Nm at 2,000rpm and 340 Nm in transient overboost. FWD and intelligent AWD variants return favourable fuel economy figures of 6.3 and 6.4 litres of fuel per 100 km respectively, using the combined fuel consumption figures. The intelligent AWD figure of 169 g/km of CO 2 is class-leading.

“Kuga has a ‘can-do’ attitude and ‘go-anywhere’ ability and the powertrain perfectly plays its part.” Said Herrmann.

The Ford Kuga has been engineered for class-leading on-road driving dynamics and exceptional off-road capabilities for expanded leisure time use.

Using proven and established Ford C-car chassis components and technology as a solid basis, Ford’s engineers tailored, tuned and calibrated each component and aspect of the ride and handling to ensure Kuga carries the blue oval family pedigree for strong driving dynamics.

The key overall target was to ensure that Kuga achieved the highest levels of ride, handling, braking and steering performance within the segment. The all-new Kuga uses many new systems and components in order to achieve the programme’s targets.

The Ford Kuga joins a highly acclaimed and successful portfolio that is recognised for its safety standards as being a key attribute. The first element contributing to Kuga’s safety is the stiff and rigid passenger cell designed and built to resist deformation. A host of active, passive and dedicated pedestrian safety features further contribute to Kuga’s safety story. Integrated electronic systems including Trailer Stability Assist (TSA) add to the Kuga’s safety and instil driver confidence.

“We put a lot of resources into making our cars as safe as possible for our customers and all other road users,” adds Herrmann. “We employ a whole-vehicle holistic and no-compromise approach.”

Manufactured at Ford’s Saarlouis plant in Germany the new Kuga will be built alongside the new Focus three-door, five-door and wagon variants and C- MAX.