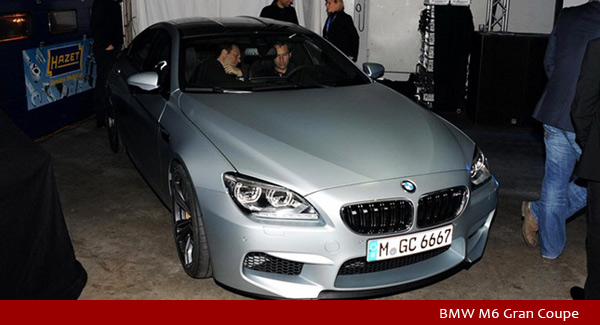 A few journalists, who visited today the German carmaker event in Nurburgring and snaped a few pictures of the new BMW M6 Gran Coupe. BMW did not release any information regarding the M version of the Gran Coupe, which itself is a four-door sedan iteration of the 6-Series Coupe.

A 7-speed M-Double Clutch Transmission will transfer power to the rear wheels through BMW’s Active M Differential, while the car also gets a new aero kit, a carbon fiber roof, 20-inch wheels and a revised chassis.

Among other publications that were at the Nurburgring event was Car Magazine, which also took some pictures and in the process, learned that BMW will unveil the M6 Gran Coupe online in December and in the flesh in January at the Detroit Motor Show.