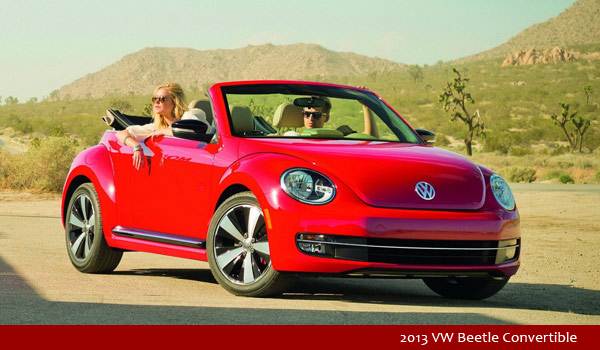 Volkswagen has released pricing for the cabrio version of its new Beetle in Germany, with more European countries to follow. North American sales to begin before the end of the year, after its world premiere at this month’s Los Angeles Auto Show. Sorry, but no word about pricing for U.S. yet.

German customers can spice up the VW Beetle Convertible with three decade-specific styling packages inspired by the 50s, 60s and 70s, while VW also offers R-Line packages for the interior and exterior of the car priced from €1,305.