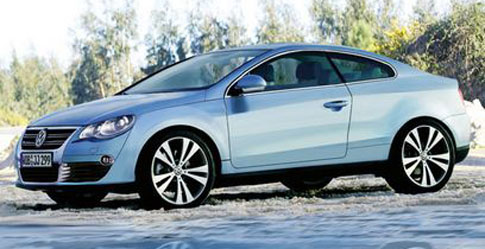 The Concept S, as it is called in show-going form, will debut at next month’s Paris Motor Show and will be displayed in showrooms in 2008.
The VW Scirocco is likely to have a similar face to the new Eos, and incorporate the familiar VW grille.

A wide range of engines is being lined up, including the new 1.4-litre turbo TSI unit from the Golf GT. The GTI’s 197 hp 2.0-litre will also be available, as will a 170 hp TDI oil-burner. A range-topping model could use the Golf R32’s 3.2-litre V6 or a new 260bhp version of VW’s 2.0-litre turbocharged FSI engine.

Pricing expecting something in $20k realm.