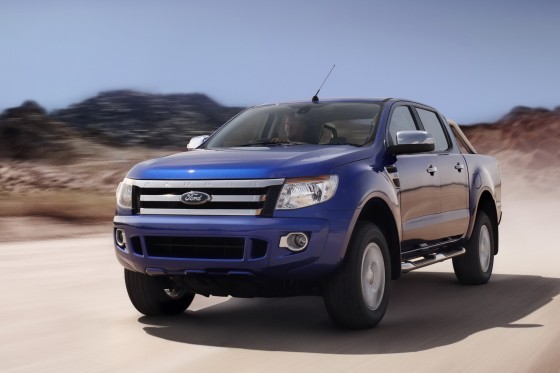 The all-new Ford Ranger pickup truck which makes its worldwide debut at this week’s Australian International Motor Show in Sydney. Like an old model, Ford’s new Ranger was developed in cooperation with Mazda, which will also unveil its version called the BT-50 in Sydney.

The new Ford Ranger moves a step closer to passenger cars in terms of styling, interior appointments as well as technology features. It will be available in three different cab body styles, 4×2 and 4×4 drivetrains, two ride heights and four series choices.

It is powered by a line of two new common rail Duratorq TDCi diesels, a 2.2-liter TDCi four-cylinder engine with 150HP, or a 3.2-liter TDCi inline-five rated at 200HP, and new six-speed automatic and manual transmissions.

The Ranger’s 4WD models are equipped with an electronically controlled transfer case that allows drivers to shift from 4×2 to 4×4 through an electronic switch located on the console, while low range gearing can also be enabled.

The new Ford Ranger will be built at three sites, sales scheduled to begin next summer. Ford said it is also planning to manufacture the new pickup truck at its plants in Argentina and South Africa.