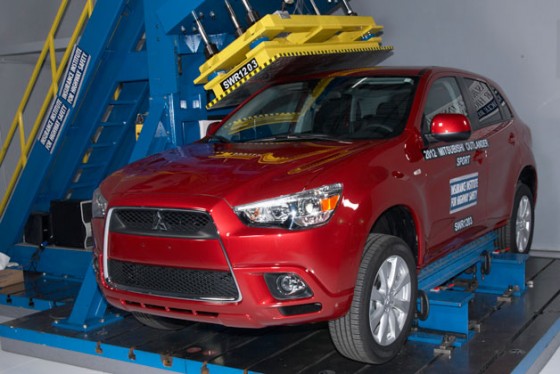 Mitsubishi Outlander Sport crossover joins brother’s Lancer on the Insurance Institute for Highway Safety list of Top Safety Picks. The designation applies only to 2012 models, as Mitsubishi made changes to the roof design this year that helped the Outlander Sport score a “Good” rating on the roof strength test. It also earned “Good” marks on frontal offset and side impact tests, and with standard stability control it met all the criteria for the IIHS award.