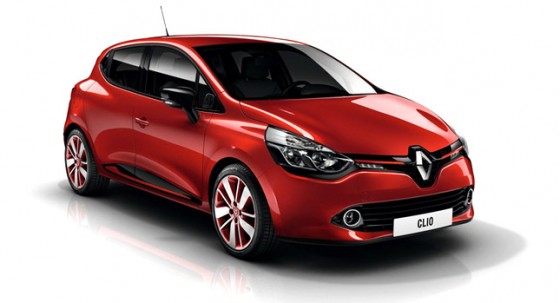 The first official photos of the new Clio Mk4 were released today. The new Clio’s interior looks rich and is distinguished by its interesting details such as a pair of deeply set instrument panel gauges and a large screen for the infotaintment and navigation system on the center console.

The 2013 Renault Clio Mk4 will be available with several engines.These include a new 0.9-liter three-cylinder turbocharged Energy TCe petrol delivering 89hp with an average fuel consumption of 4.3lt/100km (54.7 mpg US). There’s also a 1.5-liter four-cylinder turbo diesel with 89hp, which is good for a combined fuel consumption of just 3.2lt/100km (73.5 mpg US). Transmission options are said to include a dual-clutch automated gearbox and six-speed EDC.