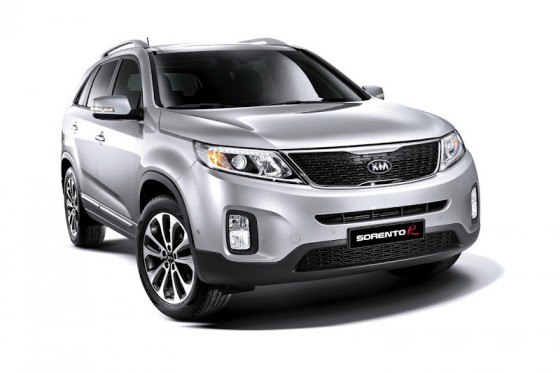 Kia today lifted the first official photos of the facelifted Sorento crossover that will be sold in the U.S. The 2014MY refresh brings some improvements that include styling and equipment upgrades as well as what Kia is describing as a “re-engineered bodyshell” and “a new chassis”.

As exterior updates you can find new headlamps with LED positioning lights, a re-styled tailgate with LED taillights, and re-painted front and rear bumpers with vertical-axis fog lights.

The Korean carmaker didn’t show any pictures of the interior yet but Kia noted that there are more soft-touch plastics, a new LCD instrument cluster, a revised center stack with a 7-inch screen, a larger panoramic sunroof and a new lower console featuring a straight-gate selector with a leather-booted lever on automatic transmission models.

“We have given very careful attention to owners’ feedback, and the upgraded Sorento is not just a cosmetic exercise but a major step forward for our popular SUV,” said Kia’s Executive Vice President Thomas Oh.

The facelifted Kia Sorento will make its world debut at Paris Auto Show this September and will arrive to show rooms in the fall.