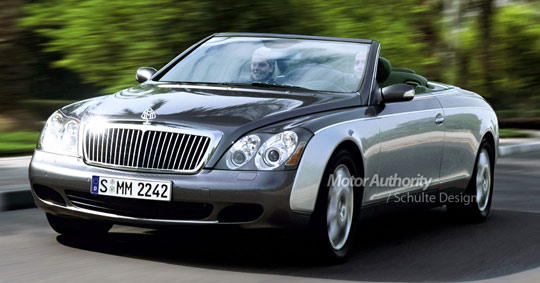 Maybach will unveil its 62 Landaulet at the Middle East International Motor Show. Landau and landaulets were popular forms of convertibles in the 1920s and 1930s and were basically hardtops with a retractable canvas roof instead of a fixed metal one ??? keeping the car’s metal roof rails and side windows frames.

The Maybach 62 Landaulet will be limited to a production run of 20 and would likely only be available in the Middle East. A an official press release is expected on November 13.