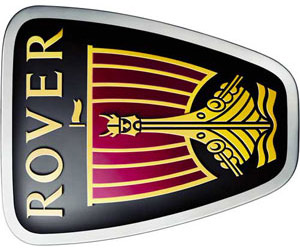 The China-based Shanghai Automotive will pay BMW about $22 million to use the Rover name. Rover logo will placed on its version of the Rover 75 sedan.

New Rover badge has been designed, and a press conference announcing the deal with BMW is scheduled for Aug. 22. The first Chinese-made Rovers have been testing in Europe and China and are scheduled to go on sale in China and eventually Europe in 2007 or early 2008.