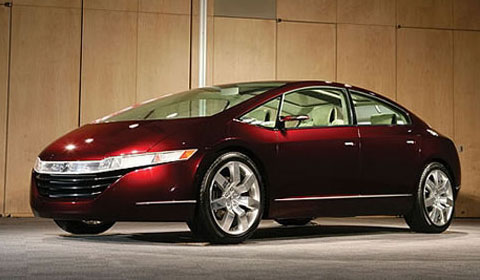 This is a FCX, a five-passenger luxury sedan, that Honda unveiled at the Tokyo Motor Show. An updated FCX version will be equipping with third-generation fuel-cell system and will introduced at the Los Angeles Auto Show.

Early Honda announced plans to put a sedan version of the FCX concept into production within the next three years. The third-generation fuel cell moves the Honda closer to a production system.