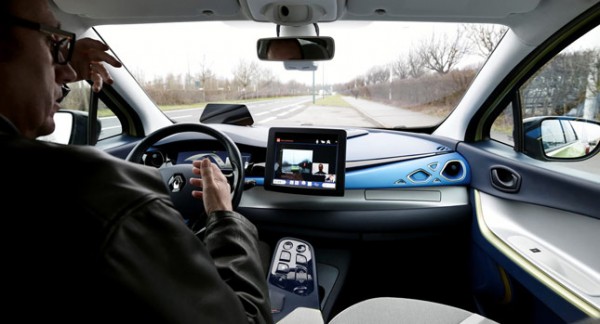 Nissan is also working on self-driving technology and as Renault Nissan CEO said, it would bring self-driving vehicles to market by 2020.

Autonomous vehicles cars could arrive on our roads from 2018, says Renault Nissan Alliance boss Carlos Ghosn. Renault has created the Next 2 prototype version of the Zoe EV that allows drivers to let go of the controls at speeds below 30 km/h (19 mph) thanks to GPS positioning, cameras and sensors – although a human must stay behind the steering wheel.

Other carmakers are developing self-driving cars as well, but perhaps the best-known initiative is Google’s recently unveiling a new autonomous prototype.

“The problem isn’t technology, it’s legislation, and the whole question of responsibility that goes with these cars moving around… and especially who is responsible once there is no longer anyone inside,” Ghosn was quoted as saying by Reuters at a French Automobile Club event.

There are potential bureaucratic hurdles but progress is being made. An amendment to the United Nations rules agreed earlier this year would let drivers take their hands off the wheel of self-driving cars. The amendment would allow a car to drive itself, provided that the system “can be overridden or switched off by the driver.” This means a driver must be present and ready to take control of the car at any time.