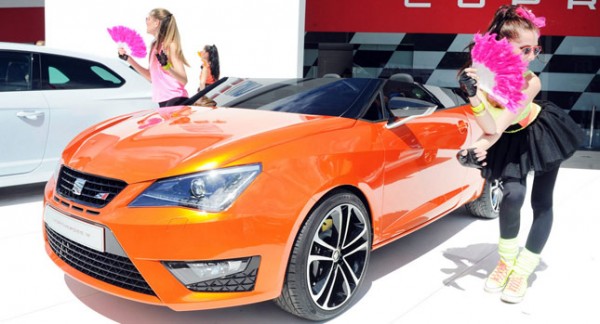 Here are the first photos of the new Seat’s concept from the Worthersee GTI meeting in Austria. The two-door Ibiza Cupster concept is a “radical pocket rocket for driver and passenger alike” that looks pretty cool.

“With its flat silhouette, powerful proportions and low seating position, the CUPSTER is the resolute embodiment of SEAT’s dynamic brand values,” said Seat Vice President of R&D, Matthias Rabe. “In design and in sporting character, the CUPSTER is the ultimate Ibiza variant – and it delivers driving joy in its purest form.”

The Cupster is largely the same as the regular model, while everything above is open, with Seat designing a wraparound strip of glass for the passenger compartment. It also removed the rear seats and pushed the down the driving position by 70mm.