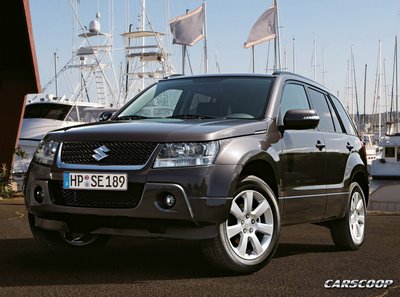 Suzuki unveiled its facelifted version of Grand Vitara. The 2009 Grand Vitara features styling tweaks and most importantly, a new 2.4-litre petrol engine matted to either a 5-speed manual gearbox or a 4-speed automatic transmission that replaces the 2.0-liter unit.

Inside the cabin sports new chrome and wood-effect inlays, together with improvements to the design and operation of some of the dashboard controls, including a new multi-information display and revised air conditioning control panel.