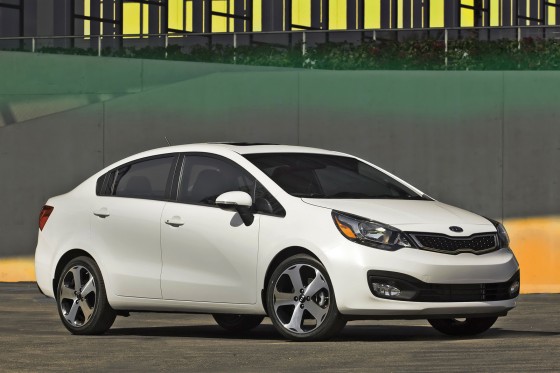 The 2012 Kia Rio sedan is longer, wider and lower than the previous model, measuring 171.9-in. long, 67.7-in. and 57.3-in high. Kia said that thanks to the use of high-tensile-strength steel, the new Rio sedan offers increased torsional stiffness for improved handling, ride quality and refinement, plus increased crash safety capabilities while reducing overall weight.

The 2012 Kia Rio is powered by a 135HP 1.6-litre GDI four-cylinder engine with the option of either a six-speed manual transmission or six-speed automatic. Kia said that the new Rio is estimated to return 30 mpg city and 40 mpg highway. The Rio will be offered with Kia’s start-stop ISG technology.