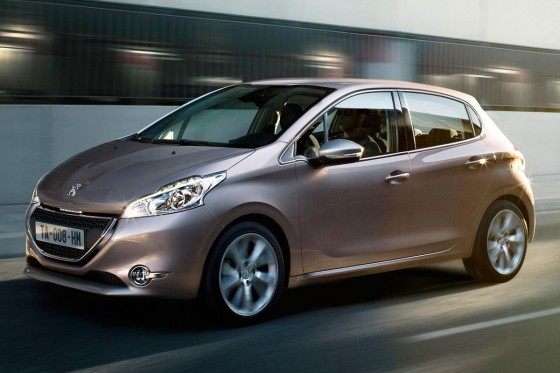 The 2012 Peugeot 208 is more compact than the 207 measuring 3,975mm long, or 70mm less than its predecessor. Peugeot’s engineers managed to reduce the weight by a whopping 110kg or close to 250 pounds on average across the range.

The Peugeot 208 will launch next spring with a choice of two petrol and five diesel engines. The base petrol range will include a pair of three-cylinder motors with a 1.0-liters and 1.2-liters units.

The exterior of the 208 draws its styling inspiration from the Peugeot’s most recent concepts such as the HX1, while the interior is distinguished by the multi-layered dashboard featuring a prominent center console that plays host to a large infotainment screen.