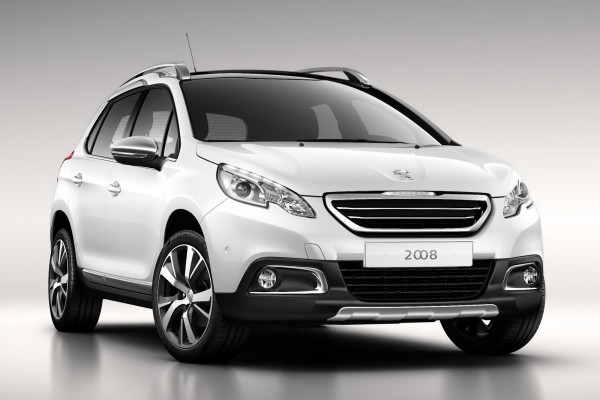 Peugeot officially unveils 2008 crossover. This B-Segment SUV will make its international debut at the Geneva Auto Show in March. The “urban crossover” will compete against vehicles such as the Nissan Juke, the Opel Mokka and the Chevroler Traxx.

The new Peugeot’s model features a version of firm’s signature “floating grille”, newly-designed headlights, black bumpers and side sills with silver-painted accents, a panoramic sunroof and 17-inch wheels. French carmaker has remained coy about the 2008??™s powertrains, only disclosing that it will be powered by the company’s new 3-cylinder gasoline and the e-HDi diesel engines, with CO2 emissions starting from 99 g/km.

The Peugeot 2008 is a first product designed and developed for several geographic regions and that it will be manufactured in its plants in France, China and Brazil.