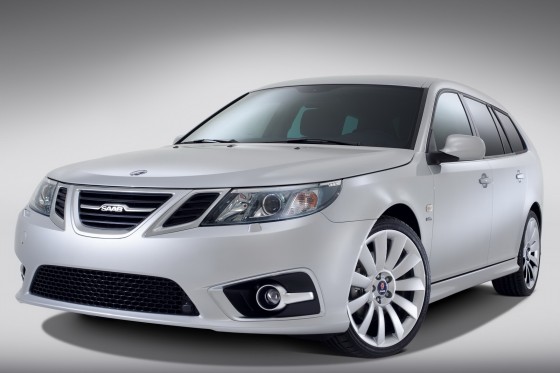 Saab announced a mild facelift across the 9-3 range, which gets refreshed exterior and interior styling plus the introduction of gasoline direct injection on the 2.0-liter engines. The facelifted range will carry the 9-3 Griffin moniker and it is basically a last edition before a new generation takes over in 2012.

Changes apply to all models and include new front bumpers, a new “ice block” finish for the headlights and the Griffin badge added to the front fenders. Inside, the dashboard, seat upholstery and decor have received a fresh look. The 9-3 Griffin models will be offered in two specs, standard and Aero.

The 2012 Saab 9-3 Griffin gets a new 2.0-liter gasoline engines with direct injection technology, variable valve timing and twin scroll turbocharging. The 2.0-liter engine is available with 163 or 220 horsepower, and can be combined with Saab??™s XWD all-wheel-drive system.