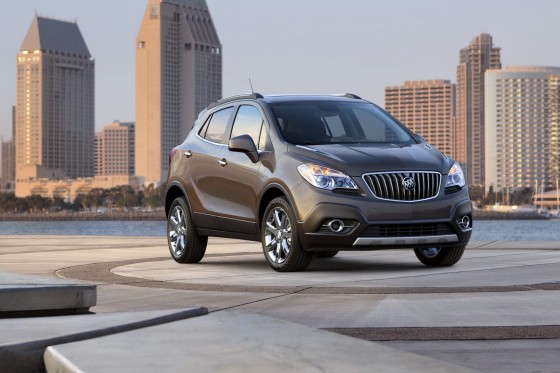 Look at the all-new 2013 MY Buick Encore, that was missing fell into place today at the Detroit Auto Show. Based on a modified version of GM’s Gamma II platform that underpins the Chevrolet Spark / Sonic and the next Opel Corsa, the Encore measures 168.5 inches in length, 69.9 inches in width and 64.8 inches in height.

Even though it’s roughly the same size as the Nissan Juke, Buick prefers to position it against two more luxurious crossovers that are not sold in the U.S., the BMW X1 and Audi Q3.

Buick’s new small crossover Encore is powered by a 1.4-liter turbocharged four-cylinder engine with 140HP. It is available with a six-speed automatic transmission and front- or all-wheel drive.

Sales of Buick’s new small crossover will start in the first quarter of 2013 year, while Opel will also offer its own version of the Encore named Mokka.