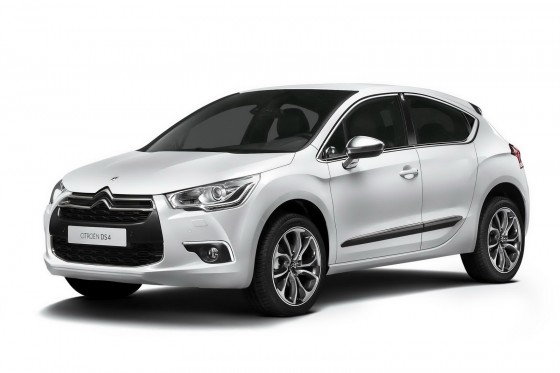 The all-new Citroen DS4 was unveiled online today ahead of its public debut at the upcoming Paris Motor Show. The DS4 is based on the recently revealed C4 hatchback.

Citroen describes the DS4 as “a unique and attractive blend of creativity, dynamism, exclusivity and versatility”. Inside, the Citroen’s designers spiffed up the cabin with higher-class materials and decorative trim than the standard C4 hatch, while also offering more personalization options such as a choice of five leather combinations, including two-tone colors.

The new Citroen measures 4.27 metres long, 1.81 metres wide and 1.53 metres high, making it shorter, wider and taller than the regular C4. It features a 370-litre boot capacity, which is 38 liters less than the C4s.

The Citroen DS4 will come with a choice of five engines. There are two diesels, a 110HP 1.6-liter HDi that can be specified with stop/start tech and regenerative braking technology, and a 160HP 2.0-liter HDi. The petrol line-up consists of three 1.6-liter engines that were co-developed with the German BMW and include a naturally aspirated version with 120HP, and two turbocharged variants with 155HP and 200HP.
All units are available with manual or robotized EGS six-speed gearboxes.