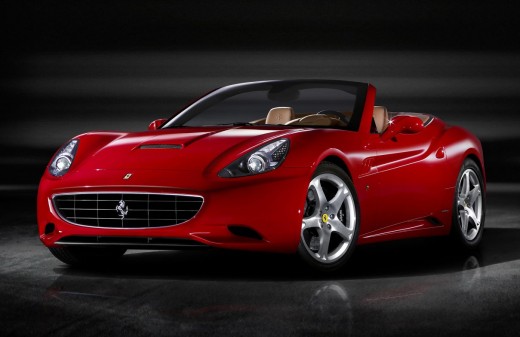 Ferrari released the first official photos of its all-new California GT. Styled by Pininfarina, the California is the Italian firm’s entry-level Grand Tourer, slotting into the range below the 599 Barchetta.

The California is powered by a 4.3-liter V8 engine that features direct fuel injection and a ‘flat’ crankshaft, generating 460 Hp at 7,500 rpm. The V8 which is mounted for the first time in the marque’s history in the mid-front position supplies power to the rear wheels via a seven-speed twin-clutch transmission. Ferrari says that the California starts from 0 to 100 km/h in less than 4.0 seconds.

Under its aluminum body, the California hides a new multilink rear suspension system while it is also equipped with the marque’s F1-Trac traction control system which made its debut on the 599 GTB Fiorano along with Brembo brakes featuring carbon-ceramic material discs.

Ferrari’s newest GT model will be officially unveiled at the Paris International Auto Show. Expect the first examples in showrooms in 2009 priced at around $250,000.