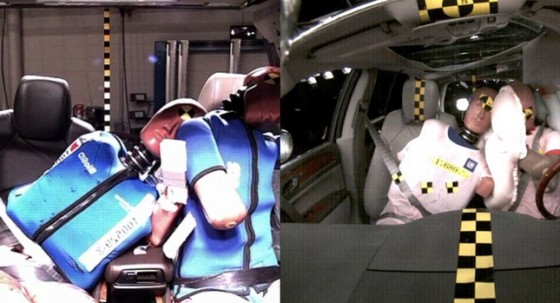 General Motors is introducing the automotive industry’s first front center air bag, designed to protect the driver and front passenger in far-side impact crashes. The new front center air bag will make its production debut on the Buick Enclave, GMC Acadia, and Chevrolet Traverse crossovers starting from the 2013 model year. It will be standard on Acadia and Traverse with power seats and all Enclaves.

“While no restraint technology can address all body regions or all potential injuries, the front center air bag is designed to work with the other air bags and safety belts in the vehicles to collectively deliver an even more comprehensive occupant restraint system,” said Gay Kent, GM executive director of Vehicle Safety and Crashworthiness.