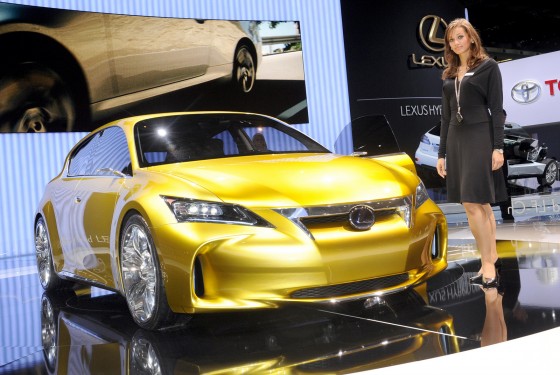 Good news for lexus fans: luxury automaker has announced that it will unveil the production version of the first full hybrid vehicle that bears the name CT 200h at the Geneva Auto Show in the beginning of March.

The five-door model is designed to go against the Audi A3 and the BMW 1-Series hatches with Lexus claiming that it will offer “new levels of refinement and attention to detail, without compromising style or driving pleasure”.

The Lexus CT 200h will equipped with second-generation Hybrid Drive technology and that it can be driven exclusively in all-electric mode.

Even though it is speculated that the CT 200h will use the same FWD hybrid powertrain as the Lexus HS 250h, this has not been officially confirmed.