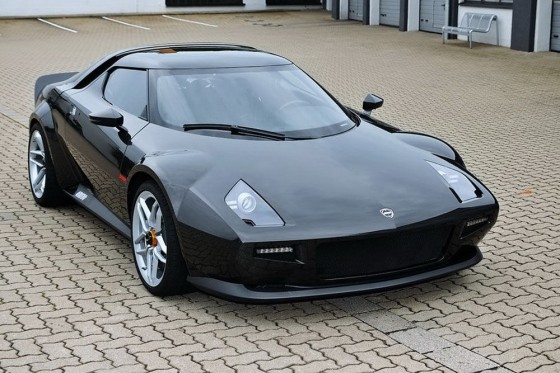 German car fans unveiled today the firs photos of all-new Lancia Stratos. These photos showing the Stratos from various angles as well as alongside the original Lancia.

The new Lancia Stratos, which pays homage to the legendary Lancia Stratos HF of the 1970s, is being built and developed by Italian design studio, Pininfarina, and it could be produced in an extremely small number of copies.

No word yet about the wedge shaped supercar’s underpinnings, it is believed that it’s based on the chassis and running gear of the Ferrari F430 Scuderia, which sports a rev-happy 4.3-liter V8 churning out 510-Italian-studs.

Lancia’s fans wouldn’t be surprised if the new Stratos makes a special appearance at the forthcoming Paris Motor Show in September.