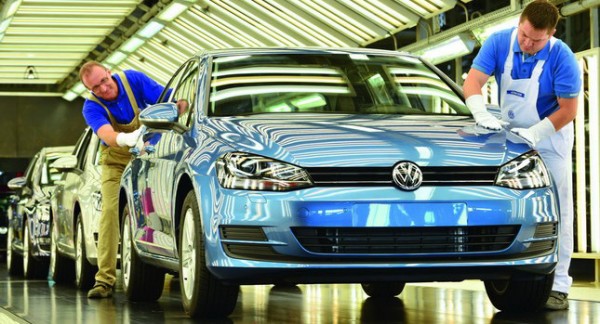 On Friday, VW’s spokesman Christoph Adomat announced that VW would start building the new Golf Mk7 at its plant in Puebla, Mexico, from the first quarter of 2014. Mexican-built VW Golfs will be sold in the North and South American markets and will supplement those imported from its German plants.

Head of production at VW brand Hubert Waltl said: “With its existing infrastructure, competitive cost structures and free trade agreements, Mexico is the ideal place to produce the Golf for the American market”. As in addition to the lower production costs, VW benefits from getting rid of the unfavorable euro-dollar exchange rate.

This move, which is part of a US$5 billion investment in the region over the next three years, will allow the company to “make further strides towards the goal of building more than 75 percent of the cars VW of America sells in the North American region”, said VW’s NA chief Jonathan Browning.

The mexican plant already assembles the Beetle, the Jetta small sedan and the Golf estate, while earlier this month, it was joined by a new engine factory in Silao that, along with the U.S. facility in Chattanooga, Tennessee, that opened in 2011, brings VW’s total North American plants to three.