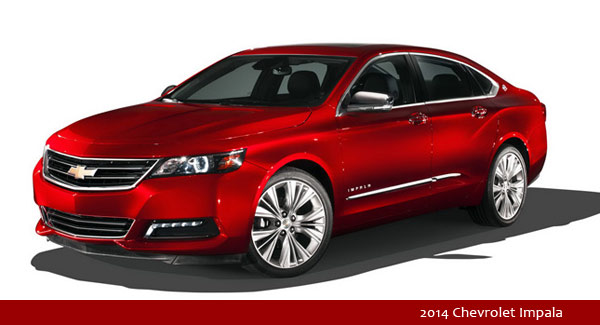 Today Chevrolet released pricing for its all-new, 2014 Impala full-size sedan which will go on sale next spring. The new model, redesigned from the ground up 2013 Impala, will be offered with a new 2.5-liter 4-cylinder unit delivering 195hp and a 182hp 2.4-liter engine with GM’s eAssist ‘mini hybrid’ system, plus a 3.6-liter V6 that generates 305hp. All these engines will be linked to a six-speed automatic transmission.